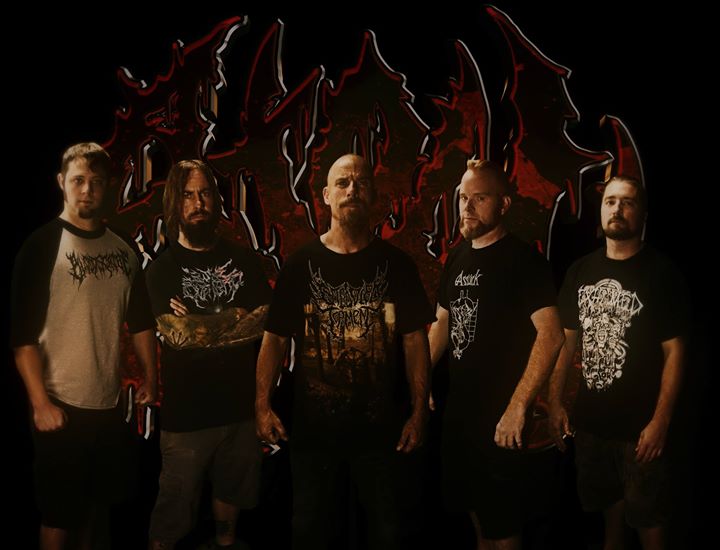 Phoenix, Arizona’s Atoll are on the rise to make brutal death metal sickening, twisted and gruesome again and with 2019’s Gore House Productions release of Zoopocalypse, this is leaps and bounds outstanding at its finest. The last time Atoll have made a new album was 2017’s Fallout Frenzy, which instantly won me over immediately as a fan hearing such terrorizing and destructive paths of brutal death metal signatures were wretched, disgusted, infected, swarming and filthy.

Musically, Atoll uses authentic signature guitars, slam oriented vocals, Devourment-esque bass structures and drumming work on this album is nothing but mean and aggressive written all over these metal working passages. Lyrically, these musicians take inspirations from Xenomorphs from Visceral’s video game franchise Dead Space alongside different themes from human viruses, violence, extinctions and brutality. From the moments hearing tracks such as Overgorged In-Gestation, Deepwater Blow-Up (Into Crypts of Mantra Rays), Ripped Apart by Test Tube Monkeys and Krokodil Mile to the eviscerated Polar Bear Affair, the material displayed here has been upgraded, stronger, naturalized and the overall contexts of songwriting is surely worth the read if lyrical interpretations is the answer you’re looking for.

Zoopocalypse is another continuation borrowing every variation possible while the presentation and ideologies for these Arizona based outfitters shot themselves right up to the SLAM WORLDWIDE family and not only made a album disgustingly heavy but kept a foundation crisp and imaginative. Any fans of brutal death metal should not be slept on this release because this is surely top notch, grade A quality extreme metal at its peak.