As we previously reported, Lorna Shore had abruptly fired their vocalist CJ McCreery without providing a reason. It has sense come to light that the firing was in response to allegations of sexual and emotional abuse from McCreery. The source of the allegations is the twitter of his ex-girlfriend, Nicole Garvey, who says she was with him for 4 1/2 years. She has shared her experiences with McCreery, as well as retweeting the stories from others. Since the allegations came to light, McCreery has deleted his social media, and as of writing this, has yet to release a statement. 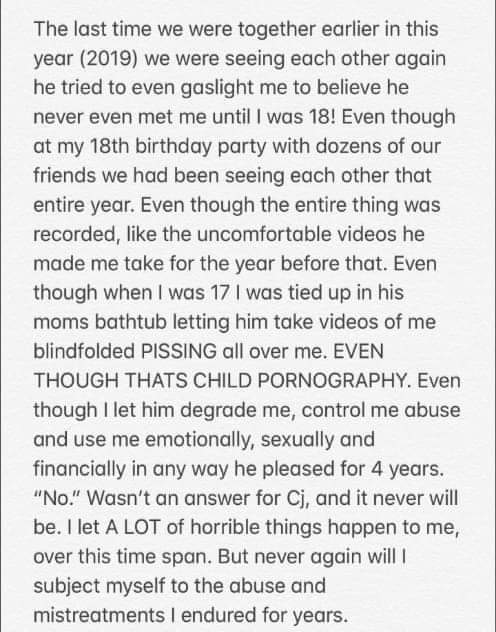