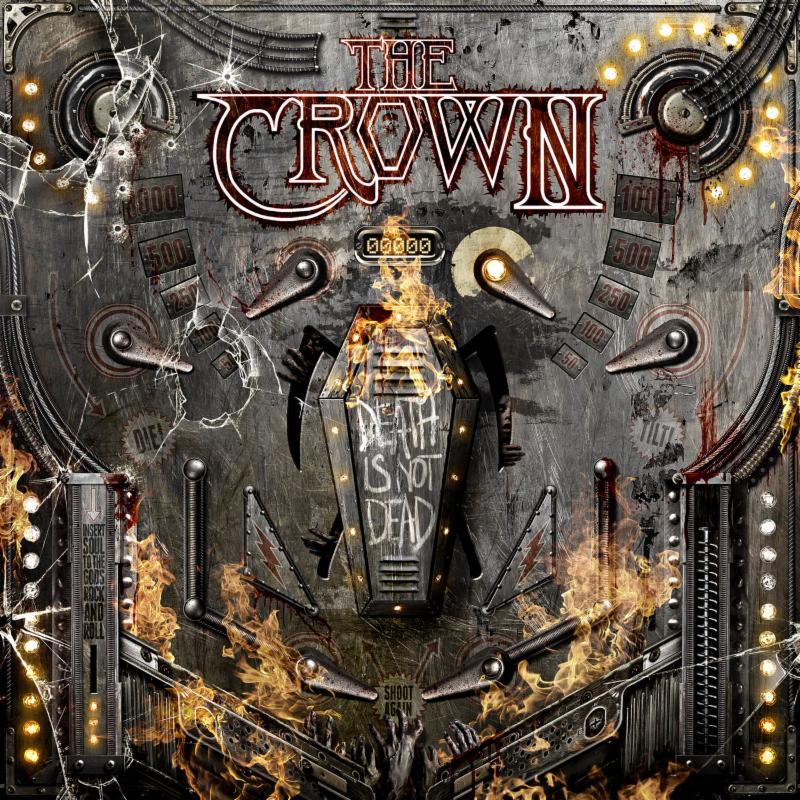 After releasing their Headhunter single/7″ last month, Sweden’s THE CROWN is now ready to unleash another new track, this time from their upcoming album, Death Is Not Dead. Click the link below to hear “Speed Kills”:

For another preview of Death Is Not Dead, be sure to check out the album track (and title track from the recently released single/7″), “Headhunter”: http://youtu.be/uoNPnAsYNQw

Due out January 12th in Europe and January 13th in North America via Century Media Records, Death Is Not Dead is the 8th studio album from the death-thrash masters– and the first full-length to feature original front-man Johan Lindstrand since 2003’s Possessed 13. Formed as a primitive garage act in 1990, THE CROWN has come a long way since their humble beginnings 25 years ago, having toured the world with the likes of CANNIBAL CORPSE, NILE, ENSLAVED, and many others over the last two decades. With their new album, the band is poised to come back into the spotlight, delivering an intense record that promises to please anxious fans who’ve been waiting for THE CROWN to reclaim their death metal throne!