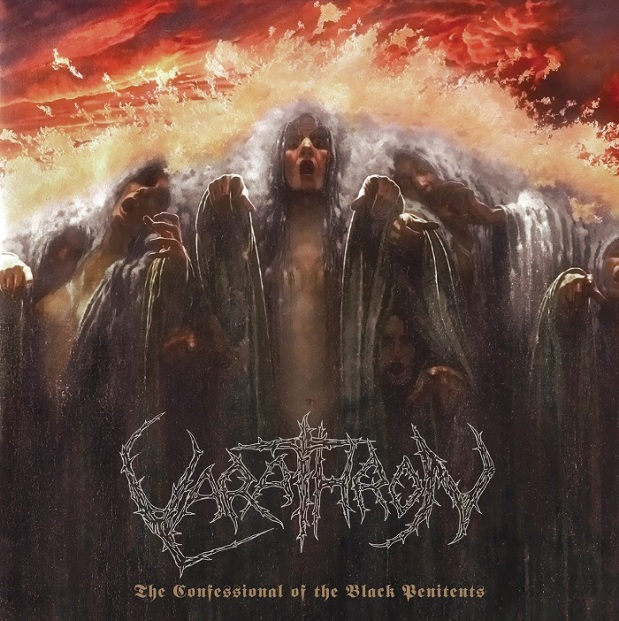 Greek black metal pioneers, VARATHRON, have released an advance stream of their new EP, “The Confessional Of The Black Penitents”, through Bandcamp. The official release date is set for October 23rd on Agonia Records. Listen to the band’s newest material at:

Three brand new tracks along with four classic VARATHRON anthems (the latter recorded live in Larisa, Greece, on the 16th of May, 2015) make up “The Confessional Of The Black Penitents” EP, with a total playling time of 40 minutes.

The EP has been recorded and mixed at Infinite Loop Music Studio (Greece) and mastered by Tom Kvålsvoll at Strype Audio (1349, Arcturus, Darkthrone, Emperor, Code, Ulver) in Norway (except the live tracks, which were mastered by VARATHRON’s guitarist, Achilleas Kalantzis).

The front cover artwork and layout include paintings by Carlos Schwabe (July 21, 1866 – 22 January, 1926); a Swiss Symbolist painter and printmaker.

The band commented: “Infernal warriors we salute you! The Abyssic Black Cult strikes again! “The Confessional… ” is the closing chapter of “Untrodden..” era. Featuring 3 brand new tracks of amazing occult atmosphere. For the first time we also include 4 live tracks from our show in Greece in 2015. Classic masterpieces from the dark past like “Unholy Funeral” and “Cassiopeia’s Ode” will be unleashed upon you”!