Portuguese giants Moonspell have just announced that they will be teaming up with Greek extreme metal legends Rotting Christ for an extensive tour across Europe. There will be a support band too, which has not been revealed yet. The flyer below has all the dates that have been confirmed so far with some more expected to be added.

“Moonspell is eager to embark on this epic trip around ALL Europe and to team up with our Southern brothers, the one and only Rotting Christ. We’ll be finally presenting our 1755 full production on stage and we’ll be escaping from the studio, as we are writing and recording what will be the next Moonspell album. So it’s time to meet our fans again, kill the pack’s hunger for more Moonspell and take our theatrics into the road to give you ghouls the spell you’ve been waiting for. We look forward to play for you. Still some dates to be announced” 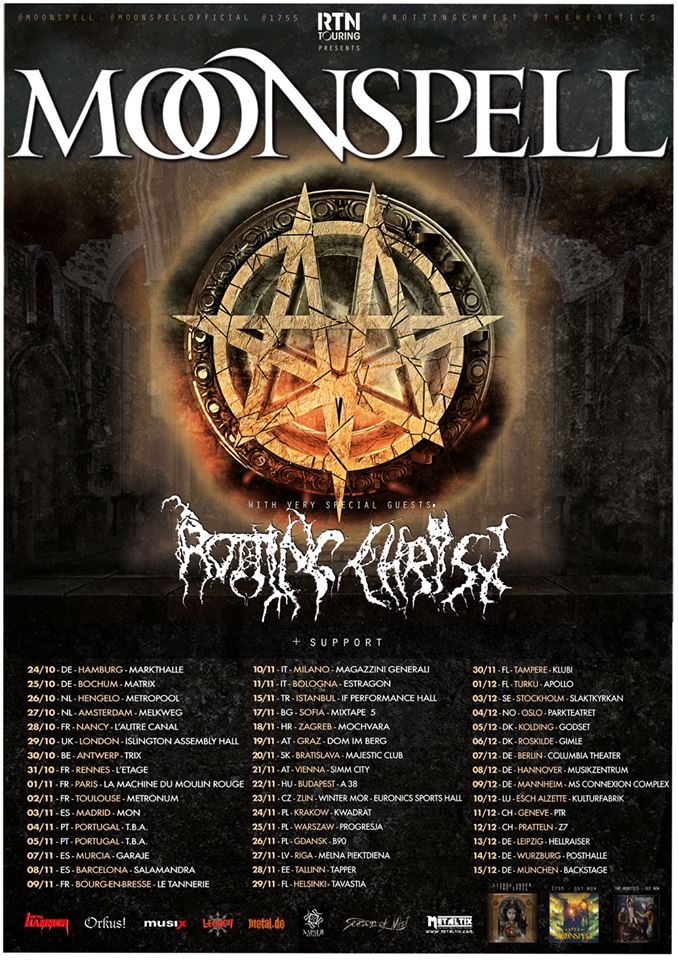