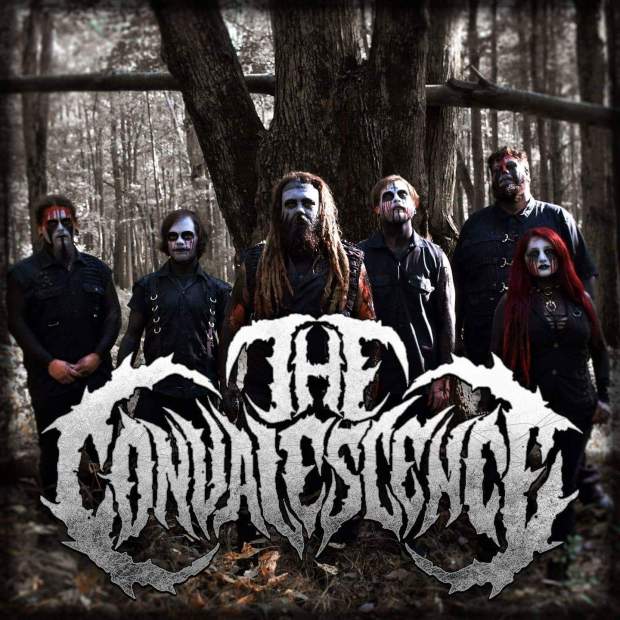 Based out of Ohio, The Convalescence are a extreme metal band that combines various genres of music from symphonic black, deathcore, death metal and metalcore at times. With Monument Of Misery being the first album through their newest label Legend Recordings, this is a solid release beginning to back. Prior to 2017’s Unique Leader Records release of This Is Hell which I have enjoyed that album front to back, these guys have contributed themselves to grow as musicians and it showcases how passionate their songwriting, musicianship, progression and craft can really take leaps and bounds to understand what their views are within the music.

Musically, Monument Of Misery is quite possibly the best The Convalescence album to date and there’s a lot to prove why this band has been getting serious attention over the last several years. From heart pounding guitar chord sections, darkened passages of audible synths, onslaught of vocals and swallowing pure innocent souls within the album’s lyrical content, the production, atmosphere and everlasting quality of sophisticated musical brilliancy is one of the most highlighted features upon hearing this record. It’s heavy, atmospheric, blackened at times, symphonic driven and incorporating clean singing with harsh screams really set the bar sky high to have Monument Of Misery the most determined, authentic and executed releases not for 2019 but for The Convalescence as a band itself.

This album also introduces Cryptopsy’s lead vocalist Matt McGachy with one of the first singles, “The Return” being a standing ovation track with many emotions, strength, perseverance and the presentations alone to combine technicality, brutality and modern sounding extreme metal signatures makes me wanna keep on coming back for more vicious onslaughts. Each song casts it’s own character portraying emotions, strength, determination, isolation and grabs the listener to engage such chaotic and amazing musical signatures that’s another memorable highlight on Monument Of Misery and therefore, these guys have outdone themselves to bring out such dynamics and experimented many ways to bring something organic and fresh to the tables. Fans of This Is Hell and past Convalescence records will surely love Monument Of Misery as this is the band’s powerfully driven pieces of music to date!