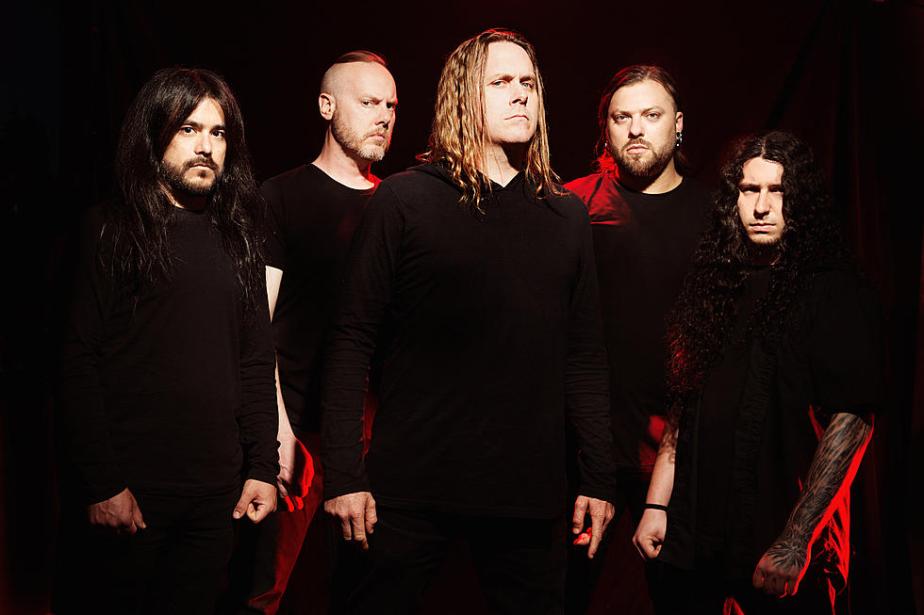 Cattle Decapitation has been around since 1996 and over the course of the band’s career, they’ve combined various genres of extreme metal borrowing influences from the earliest stages of Aborted, Carcass, Dying Fetus, Decrepit Birth and Cryptopsy. When I first heard Cattle Decapitation was making a new release I was immediately on board right away when the band dropped their latest single, “Bring Back The Plague”. After the massive success and critical acclaim to 2015’s The Anthropocene Extinction, which not only is my favorite Cattle Decapitation release they’ve ever done but, that album really signify how far they’ve came along to make such brilliancy, magnificence and astonishing layers of music just proves why they’ve studied long and hard to create the latest offering from Metal Blade Records titled Death Atlas.

This album has everything I have loved about the last Cattle Decapitation releases while still retaining the deathgrind, progressive death, black and death metal compositions while the musicianship of these members are extremely commanding, creative and naturally enough these tracks easily compelling behind the messages in images and lyrics are powerful, unique and calibrating. They’re both unparalleled in brutality and originality with this particular album defines stellar performances and production. This album most certainly a organic milestone in the genre and the brilliant musical centers are fully capable of garnering praise among metalheads globally.

From the harmonic tones of guitars, blistering drums and Travis Ryan’s technical and psychological thrilling vocals alongside upfront bass, the foundations are crushing limb to limb and satisfies additional substances. Tracks anywhere from Finish Them, The Genocide, With All Disrespect and Be Still Our Bleeding Hearts, Cattle Decapitation embraced the screeching and grooving material they’ve ever materialized while thought provoking the interlocking deepest and heaviness with catchy melodies made Death Atlas a fine damn simultaneous effort. Technical riffs, grindcore blast beats, swarming blankets of mercilessly brutality perfectly fuses a Carcass and Cryptopsy undeniable influences with other fantastic arrangements with Napalm Death and Pig Destroyer with their natural musicality.

The moving strangulation these settings are provided catch shout worthy vocal refrains and counting mix above-mentioned unsettling and pure bred sequences make these songs have breakneck tempos and solidarity sections. For having nine albums already in their career, Death Atlas is a mercilessly brutal account truly bludgeons in a sense of wide variety genres work so uniquely well. Death metal with grind elements is usually impassioned but I was completely surprised moment I heard this album front to back. Death Atlas is another massive improvement in Cattle Decapitation’s discography and fans of The Anthropocene Extinction, Monolith Of Inhumanity, The Harvest Floor or their past material will not be disappointed by all means necessary.