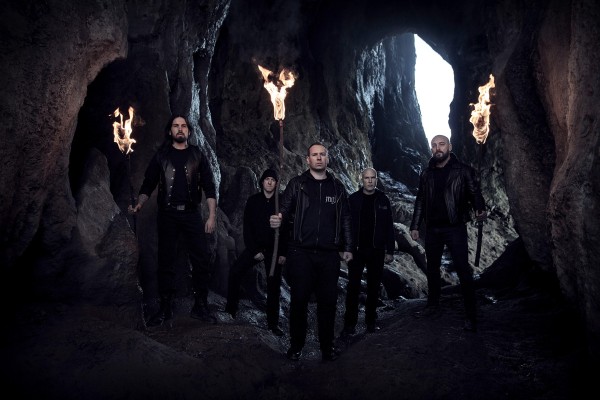 England’s Winterfylleth are one of those bands within the black metal genre hasn’t really cease to disappoint me, yet. Since their formation started in 2007 I highly considered them as one of the most underrated artist’s in the underground world of black metal. My first proper introduction to this band was 2014’s The Divination of Antiquity and rest assure I was immediately impressed how artistic, melancholic and magical that album became due to the lyricism, nature behind the music and was just completely floored. Now with The Reckoning Dawn released through Candlelight Records, this is a fantastic follow-up to 2018’s The Hallowing of Heirdom which took everything of older albums, put everything in a blender and created another wonderfully made record. The Reckoning Dawn is a concept record that reflects our natural world, British History, literature, and
even some philosophy to name a few.

Musically, they play black metal but also combine elements of atmospheric and folk but over the course of this band’s existence, they weren’t afraid to go leaps and bounds to make music that really sets the bar skyhigh to unleash the most well produced albums they’ve done to date. From glorious black metal tempos, high melodies and mid range vocal deliveries, Winterfylleth’s musicial style brings out many influences from Wolves In The Throne Room, Elderwind, Wodensthrone and Drudkh that isn’t entirely technical, flashy or mind-blowing by all means but each of these songs contain beautiful acoustic interludes, some ambiance, heavily folk driven passages but also the drums containing chaotic blast beat fillers, relaxing atmospheric layers of progressive musical compositions and commendable instrumentals is not too loud but has a marvelous sound kept me listening to this more and more as I found myself having that raw emotion in the screeches belted by the amazing talent these musicians have represented here.

Just when you hear songs such as A Greatness Undone, Misdeeds Of Faith and In Darkness Begotten to the everlasting and favored track on the album being A Hostile Fate (The Wayfarer, Part 4) these musicians have rightfully respected their finest craft and achievements possible to bring their devotion for English heritage and many of their compositional work bringing that old fashioned styled folk music dated back centuries ago are almost written in a poetic style of writing which is not something you ever get to hear and analyze what the vocalist is painting a picture here but my god, talk about emotions and connectivity this release contained to its sincerity and tenderness is delicate, confident, and simultaneously brought my interest back listening to Winterfylleth all over again. The Reckoning Dawn is not only a amazing album that is vastly improved over past releases but to create the most dominating, crushing, creative, artistic, and effective pieces of music this band has ever done.