Celtic folk metal bringers Cruachan have confirmed that they have parted ways with multi-instrumentalist John Ryan and guitarist Kieran Ball, who have been with the band since 2004 and 2012 respectively. Full statement from the mainman and founding member Keith Fay can be read below.

A message from frontman Keith Fay:

“Keith here, it’s a sad day in the Cruachan camp. Both John and Kieran have decided to call it a day with Cruachan. There are numerous reasons they’ve made this choice and I completely respect them all, they are still good friends and I owe them so much for all their time in Cruachan.

“Kieran came on-board when we first made the decision to switch to two guitars and his contributions, since joining, have changed the band in a huge positive way and helped fashion us into a more professional unit than we had ever been before. John has been my right hand man for nearly 17 years, I find it hard to imagine the band without him. Over time he went from a nervous lad on a fiddle to a fully-fledged pro-musician with a powerful presence and style, the depth he brought to Cruachan recordings is hard to describe and will be equally hard to replace.

“Having said that, the show must go on. We will be recruiting new members immediately but our first priority will be finding a new folk music instrumentalist. If you play violin, whistle, bag-pipes etc and would like to join one of the pioneers of the folk metal genre, touring the world, and playing festivals like Hellfest, Brutal Assault, 70000 Tons of Metal and so much more then send a mail to keith@cruachanireland.com, we’re waiting to hear from you.

“John and Kieran, I wish you nothing but the best in whatever you do in the future, be it together or independently, I hope your show also goes on.” 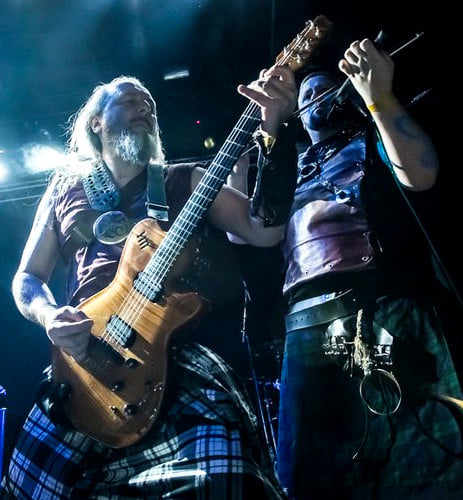