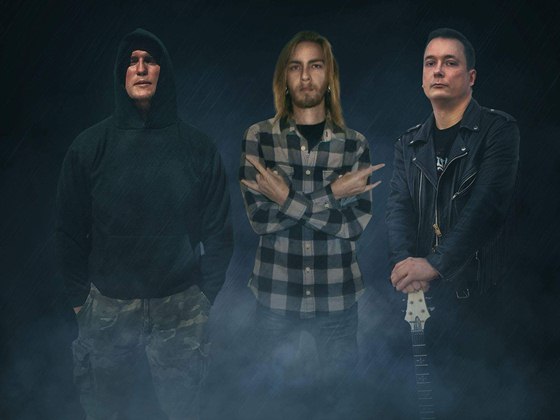 Melodic death metal outfit Dark Rites are set to release their new album, “Welcome to Eternity” on the 15th. I was lucky enough to hear the release early, and I have some thoughts. The album begins with “Ants”, which is a solid introduction to the melodic death/groove metal style of this band. This track isn’t necessarily a standout, but the nice riff and tight writing primes the listener for the rest of the album. “Broken and Torn” is next, and is a much needed pick up. This song is both faster and heavier, but still retains a nice melodic edge. “Circus” is a slightly slower song, and features a pretty damn good main riff.

Up next is “Fist Through A Wall”, a highlight for the first half of this release, and maybe my favorite song on the album. This is a heavier, angry song with a catchy riff and an awesome solo. If you have to listen to one song off of this, pick this one. “Lying” has a slow build intro that leads into a solid main riff. This is another heavier track sadly just kind of exists. It’s not bad by any means, it just didn’t do anything for me. “Marionette” is a very melodic song that manages to change the pace of the album without slowing any of the momentum. This is a welcome change, that still feels familiar within the band’s sound.

“No Longer Moving Forward” begins with a nice riff, before leading into a nice heavy main body. This song is haunting, and at times feels like it has some black metal influence, especially in the lead guitar. This is another damn solid track that is also worth a listen if you only listen to 1-2 songs off of this. “Outcast” is a slower, heavier song that is textbook melodeath. This is the band leaning heavily into on of their strengths, and it pays off well. “Reborn” goes back into a more groove metal style, but retains a good sense of melody. This is especially true in the song’s solo.

Up next is “Soar Alba Gu Brath”, which again brings back some of that darker, haunting esthetic to the band’s sound. This is a bit softer, but the haunting sound doesn’t allow the listener to let up, as it keeps a grip on their attention. “Violence” picks up the pace, and is a another heavy and fast song. This leads into “Welcome to Eternity”, the title track. This is a great way to close the album, as it feels like an all encompassing showcase of the band’s sound. This is a well-written finale, and ends the album on a high note. This is a solid released. While some tracks don’t feel like they do all that much for the album, this is a solid release by a band that deserves your attention.